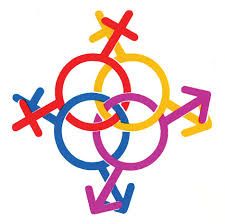 The voice is such an important factor in our perceptions of gender and Kelowna Voice Lab can help people who are in the process of transitioning from male to female or from female to male. KVL is an inclusive space that has always been a safe and welcoming place for all genders, ethnicities and beliefs.

My first trans student came to Kelowna Voice Lab in 2015. They were just beginning their journey from feminine to masculine and  wanted to know how to move their speaking voice lower in their range. I first assessed where their current natural speaking range was then developed a series of vocal exercises designed to lower their larynx safely and naturally. We worked together for several months until they gained more comfort in moving their voice lower.

Since then, I have worked with three other students who have been transitioning from masculine to feminine; one was a singer and two wanted help developing a more natural "feminine" speaking voice. After assessing where their current "natural" voice was sitting, we determined a realistic higher vocal range that would sound feminine but not affected. I developed a series of exercises to help them gain more control of their vocal pitch without sacrificing expression or resonance.

It is important to note that there are more limitations when lowering a voice than there are in raising one. To use a guitar string analogy, the length and thickness of a string determines how low it can play - the same is true for the vocal folds. "Absolute lowness" is determined by the length the vocal folds can go and it is impossible to force them to go lower than they are able.

As with all vocal training, there is no quick fix; it takes months and sometimes years of work and practice to develop control over your voice. With time and persistence, anyone can learn to alter their speaking voice to make it more masculine or feminine.

Whether the goal is to pass, to use the vocal training for voiceover work or to get a one-time acting job, good vocal training will help you make the most of your speaking voice and achieve your goals.